Ireland one of the Top countries to invest in Europe

Dublin and Limerick have been named as two of the top cities in which to invest in Europe by The Global Best to Invest Report.  The same report has cited Ireland as the best Western European country to invest in.

This has come on top of a series of reports that have all ranked Ireland extremely well, such as; 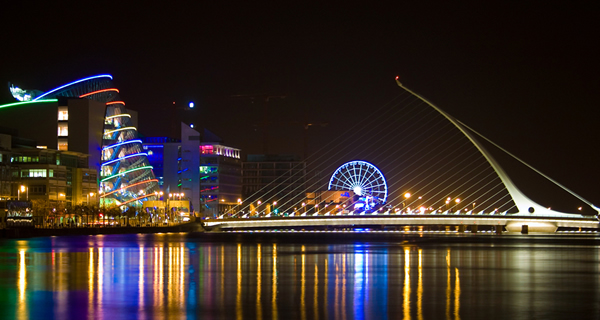 So with confidence in Ireland so high we look at some of its attributes that has led to its strong positioning;

– Ireland has one of the youngest populations in Europe with 50% of inhabitants under the age of 35
– Irelands population aged between 15-34 with third level qualifications is well above average
– Ireland is a member of the European Union since 1973 and has used the Euro since its inception in 2002
– Ireland is conveniently located between North America and Europe making it an ideal gateway
– Ireland was the only country in the EU to experience a decrease in inflation between 2008 and 2012
– Ireland if the 8th largest producer of pharmaceuticals in the world
– Ireland has one of the highest concentrations of ICT activity and employment
– Ireland is one of the largest exporters of medical technology in Europe, second only to Germany
– Ireland has a high level of Intellectual Property
– 50% of the world’s top banks are located in Ireland
– Ireland’s average yearly growth of internet traffic is 200%.

Education is strong in Ireland and it has increasing numbers of third-level students enrolling in science and engineering courses, this has led to Ireland having the highest proportion of science graduates in the European Union.  As well as an educated workforce Ireland also has a skilled workforce and the reasons for the high rank on both the Global Innovation Index and the IMD World Competiveness yearbook was due to the flexibility and adaptability of the workforce and the availability of skilled labour.

Ireland is home to all top ten ICT companies and all top ten companies born on the internet.  It also has the highest percentages of gaming, pharmaceutical, medical and engineering companies.  Ireland is the second largest exporter of computer and IT services in the world.

Ireland has an exceptional record in terms of FDA inspections with regards to pharmaceutical plants and subsequently Irish facilities are rated extremely high which in part is responsible for why approximately one hundred and twenty overseas companies have pharmaceuticals plants there resulting in Ireland being the eighth largest producer of pharmaceuticals in the World.

The US is the single largest source of foreign direct investment in Ireland.  In the five years between 2008 and 2012 US firms invested more capital into Ireland than in the previous 58 combined.  In the first three months of 2014 alone Ireland has won thirteen new investment projects from US companies which are expected to lead to the creation of over 1120 jobs.

Ireland has one of the lowest corporate tax rates at just 12.5% and has shown commitment to maintaining this rate.  The government has also introduced a 25% R&D tax credit for companies who engage in research and development and the Intellectual Property regime which provides a tax write off for broadly defined IP acquisitions.  Ireland has an EU approved stable tax regime and access to an extensive network of treaties and EU directives from which around 80% of world trade is covered.

When all this is taken into account it is easy to see why Ireland is topping all the current investment reports and looks set to be settled among the top for some time to come.